Who will finally bother Microsoft

Microsoft: May update for Windows 10 interferes with audio output

The current update for Windows 10 is causing problems again this month. This time it's about a variety of audio glitches that can occur after installing the May update. Microsoft has already officially confirmed some of the errors. Confirmed errors include high-frequency sound interference or a squeak, both of which can occur when playing Dolby Digital 5.1.

Microsoft has added these problems to the corresponding update as an error description and points out that the problems do not exist when sound is played in stereo mode. The sound interference should be able to be eliminated by always playing the audio via the browser. A corresponding app should then be avoided, but the prerequisite for this is that there is an alternative in all cases.

Other sound problems with Windows 10

According to Windows Latest, there are other sound problems due to the updates from May 2021. This can lead to sound dropouts and in many cases the volume cannot be set high enough. Less information is currently available on these errors. In any case, the problems should go away by uninstalling the update in question.

It is currently unknown how many systems are affected and the reason for the errors. It is also unclear when the errors will be corrected. 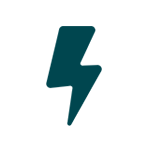 Great technology deals and many other bargains

In April 2021 there were also problems with the monthly update for Windows 10. In the past month, the operating system could crash or stutter, especially in computer games. These were graphics driver issues. With another patch, the changes made were initially reversed to prevent these problems from continuing to occur.