How do other African countries see Cameroon 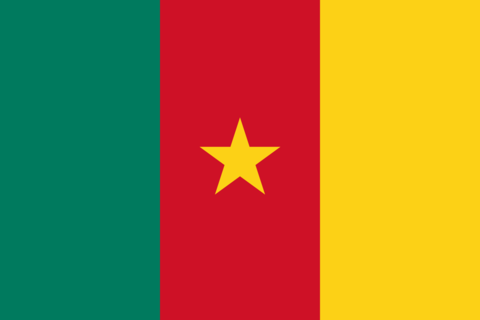 Cameroon is located in Central Africa on the West African coast. The Atlantic Ocean forms a natural border for the country. Equatorial Guinea, Gabon, Congo, the Central African Republic, Chad and Nigeria are the neighboring countries of Cameroon. The south of the country is no longer far from the equator. Because of the high humidity, large parts of the country are forested. Dense rainforests grow particularly in the south of the country. The northern part of Cameroon, on the other hand, is very dry, plagued by droughts and only covered with grass. The "Cameroon Mountain", an active volcano, is the highest mountain in West Africa at over 4,000 meters.

Seven years of office for the President

Most of Cameroon's cities are in the west and south. Yaoundé (or Yaoundé), the capital, is located inland and is the second largest city in the country. Important features of Cameroon's political system are a central government and two chambers of parliament. Political leadership rests with the president, who is elected for a seven-year term. For a long time, Cameroon was considered a fairly stable democratic country in Africa. In recent years, however, the conflicts between the French-speaking majority and the English-speaking minority have increased, including armed conflicts. In addition, there is great social inequality and a lot of poverty, especially in rural areas.

Many rulers, many languages

Cameroon has been independent since 1960. Before that, Portugal, Germany, France and Great Britain influenced and ruled the country for 500 years.
This period also left its mark on the Cameroonian language. French and English are the languages ​​spoken on the street, in the media and also in school. In addition, the over 200 ethnic groups have their own languages ​​or dialects.

Wood from the rainforest

The Cameroonians grow foods such as corn, millet, plantains, peanuts and cassava for their own needs. The crop yields from cocoa and coffee beans, on the other hand, are sold abroad. Another important area of ​​the economy is oil production and the export of valuable tropical woods from the rainforest. Tables and chairs, for example, are made from it.

Many people in Cameroon live in poverty. They cannot afford meat and they almost only eat grains. A popular dish is called fufu. It is a paste-like dish made from corn or millet. Traditionally, women and men eat separately. Older people are allowed to eat first. When eating, people use their right hand to help themselves from a large bowl. If you are a guest, you should definitely take it. Refusing to eat makes a bad impression.

The landscape, the weather and the fauna of Cameroon are typical of Africa. This is why the country is also called "Africa in miniature". That said, Cameroon is a small replica of the great continent of Africa. In Cameroon you can also see many animals in their natural environment. “Les Lions Indomptables”, the “indomitable lions”, are only dangerous on the football field. That is the name of the national soccer team of Cameroon.