Which country has the strictest cannabis laws?

The Scandinavian countries have the strictest cannabis laws in Europe: Possession is punishable by high penalties. The regulations for doctors who want to prescribe medical cannabis are also extremely strict and medical use is associated with a high level of bureaucratic effort. 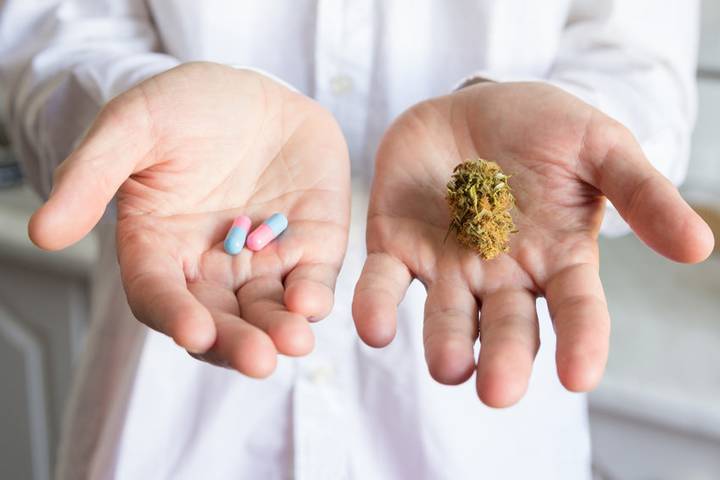 Hemp is an important medicinal plant and is primarily used to combat pain (© eight8 - Fotolia.com)

The medicinally active ingredients of the hemp plant are the so-called cannabinoids; Among other things, they help against inflammation, pain and cramps and are therefore also used to treat epilepsy, Tourette's syndrome and multiple sclerosis.

In addition, it has been scientifically proven that cannabinoids can also treat psychiatric symptoms and that certain components even inhibit the spread of cancer cells in the body by blocking a certain enzyme.

Since March 10, 2017, doctors of all specialties in Germany have been able to prescribe medical cannabis in the form of flowers and extracts in accordance with the Narcotics Act - if the patients are seriously ill. If the respective health insurance company has approved the treatment, it will also cover the costs of the treatment.

Medical cannabis is either inhaled using an electric vaporizer or drunk as a kind of "tea". Smoking a joint, however, is medically ineffective.

With hemp oils, on the other hand, it depends on which oil it is: hemp seed oil is also not subject to the Narcotics Act, as it does not contain any psychoactive substances. With CBD oil, the legal situation has changed several times in the past few months, but it is also not intoxicating.

Both oils differ in their effects: Hemp seed oil is considered a superfood and is recommended as part of a health-conscious diet, CBD oil has countless medicinal properties, and more are being discovered all the time.

While the laws on cannabis use have been relaxed in Germany, things are very different in Scandinavia. In Sweden in particular, very strict regulations still apply. It was only after two patients suffering from chronic back pain complained that medicinal cannabis was first prescribed in Sweden.

In Norway, too, the cultivation, possession and consumption of cannabis is handled very strictly. Possession of up to 15 grams of marijuana is punishable by heavy fines. Anyone who has more than 15 grams with them or who deals in cannabis faces jail sentences. However, the laws in Norway have now been relaxed to the extent that cannabis can be used for medicinal purposes.

Nevertheless, the legal situation continues to be very difficult. Only specially trained doctors are allowed to prescribe cannabis. But before that, such a doctor has to contact the Norwegian Health Board and the Norwegian Health Authority. There he explains the patient's medical history in detail and explains why treatment with medical cannabis is necessary. And it proves that other forms of therapy have proven to be ineffective.

The doctor may only issue the prescription to his patient once the health supervisory board and the health authorities have approved the medical cannabis therapy.

It is a little easier for patients who suffer from a serious illness and who have already responded positively to treatment with medicinal cannabis. In this case, the attending physician may continue therapy with cannabis without the patient having to consider other forms of therapy beforehand.

So far it is unclear whether the strict Norwegian regulations will be relaxed in the foreseeable future. After all, the election program of the green environmental party (Miljøpartiet De Grønne) provides for a state-controlled production and sales system for cannabis - which would mean a departure from the current strict cannabis policy. However, so far it is the only Norwegian party that advocates cannabis legalization.