In which countries do atheists grow

Fear of atheism in the Middle East

Exactly 866 atheists live on the Nile - at least that is what the Egyptian state institution "Dar al-Ifta" recently declared. The "Dar al-Ifta" disseminates explanations on questions of Islam. How the number was determined remained unclear. The official assessment was clear, however: According to Dar al-Ifta, 0.001 percent of the population was by no means negligible, but a reason to ring the alarm bells. After all, nowhere in the Arab world are there any more supposedly "godless". Morocco ranks second with allegedly 325 atheists.

The information provided by Dar al-Ifta is in stark contrast to a survey by Al-Azhar University in Cairo this year. Based on 6000 young people questioned, the university, which is very renowned in Sunni Islam, calculated a share of 12.3 of the Egyptian population. With around 87 million inhabitants that would be 10.7 million.

The Sheikh of Al-Azhar, Ahmad al-Tayyib, warned on state television in October that atheism was no longer a marginal phenomenon. The conscious distancing from the religions is rather a social challenge. According to the newspaper "Gulf News", the Egyptian ministries for youth and religious foundations have announced campaigns against this stance. Moderate religious scholars, psychologists, social scientists, and others should counteract the loss of faith among young people. "The young people are alienated by militant preachers who tell them day and night that they are going to hell," said Professor Amnah Nusair of Al-Azhar University, according to "Gulf News", describing the reasons for turning away from the faith.

Whether Muslim or Christian, hardly anyone in the Middle East publicly distances themselves from any form of religion. However, following the 2011 Arab Spring riots, the number of those who do appears to be growing. This is how atheist groups with their own Facebook pages emerged in most Arab countries. With the "Tunisian Atheists" about 6900 Internet surfers clicked the like button, with the "Sudanese Atheists" it was almost 3300. The "Atheistic Society Egypt" recorded 585 such clicks and the "Feminist Atheists in Saudi Arabia "61. 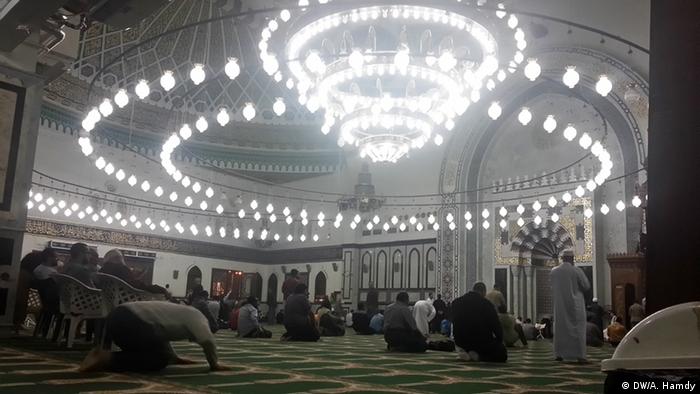 In Arab states the societies are strongly influenced by religion

Saudi Arabia in particular, which has a particularly rigorous interpretation of Islam, feels threatened by this attitude. In the spring, Saudi Arabia declared that from a criminal law perspective, atheism was just as bad as religious terrorism. The market research institute Win / Gallup International found in a global survey for Saudi Arabia in 2012 that 19 percent of the population there classified themselves as non-religious. Another five percent described themselves as atheists. For comparison, no atheists had been registered in Iraq according to the same survey. Only nine percent described themselves as non-religious there.

The violent reaction to people who quietly turn their backs on religion is surprising given the real danger posed by radicalized Islamists. On the one hand, it is about religion. In Islam, sowing discord is considered a grave sin. Those who deny God can easily suspect that they are spreading duplicity among believers. On the other hand, it is also about politics. In Egypt, the government does not want to play into the hands of the Islamist Muslim Brotherhood, who were overthrown in 2013, by remaining inactive in the face of atheists. In order not to offer the Muslim Brotherhood a target, the government in Cairo presents itself as a defender of the religion.

It is true that in most Arab countries it is not directly forbidden to be an atheist. But the laws against religious defamation leave room to take action. Such cases are documented again and again by human and civil rights groups. A few days ago, security forces stormed a cafe allegedly frequented by atheists in Cairo. The authorities said that a satan cult had been practiced there. The "Atheist Society of Egypt" wrote on its Facebook page: "Not even the Muslim Brotherhood dared to do that when it was still in power."