What is the goal of process capability

This article explains the importance of process capability metrics Cp and Cpk. Cp stands for Capability of Processwhat translates Ability of the process means. The two key figures are dimensionless, i.e. no unit is assigned to them. The higher the metrics, the better the process. In the past, the minimum requirement was for Cp and Cpk≥ 1.33. This limit value is still common in many industries today. In other industries, such as the automotive industry, the minimum requirement is Cp and Cpk ≥1.66. But what do these two key figures say?

The aim of a production process is to always produce consistent quality features. For example, if we want to produce a screw, the critical quality features are fixed, such as screw length, thread pitch, yield point, etc.

Example: length of a screw

The aim is to produce as many screws as possible, which ideally all have the same length (e.g. 15mm). This length is specified in the technical specification, with permissible deviations upwards and downwards. So there are maximum and minimum allowable dimensions for the screw length (tolerance). The screw produced has to be somewhere between the maximum and minimum dimensions, otherwise it is out of tolerance and thus scrap (reworking a single screw is in most cases not worthwhile). Let's assume the tolerance is ± 0.3mm.

If we now produce 1000 screws and measure every single screw, most screws will have a length of 15mm. But not all of them. Some screws will be longer than 15mm, others will be shorter than 15mm. The screws produced are normally distributed due to random influences in production. 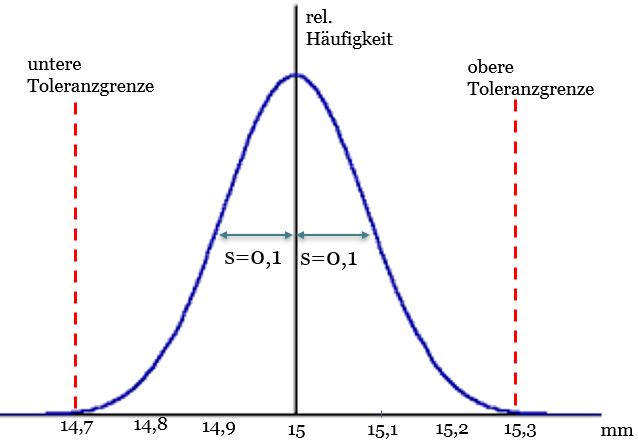 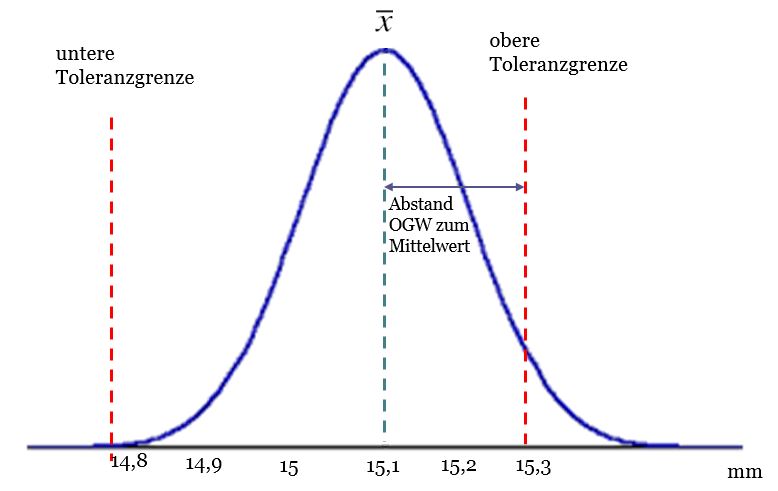 For our example it results

Since we are not interested in the better value (here Cpu), but rather the critical value (here Cpo), the worse value for Cpk is used. The result is Cpk = 0.67.

In our example, the process quality cannot be classified as capable, since both Cp and Cpk are <1.33.

In practice, the way to determine Cp and Cpk is somewhat more tedious. First, the short-term capacity Cm and Cmk is determined, which are calculated according to the same formulas, but under different framework conditions. The short-term indices Cm and Cmk are only replaced by Cp and Cpk when these preliminary key figures are stable over a long period of time.