What are the uses of timing belts

The importance of the toothed belt in vehicle and mechanical engineering

Timing belts are one of the most important components in vehicle and mechanical engineering today. They belong to the genus of drive belts. What sets them apart is that their form allows them to work with toothed belt pulleys. This is in contrast to V-belts or flat belts, which lack this feature.

Another advantage of toothed belts is that no slippage can occur. Thanks to the toothing, the toothed belts can therefore also be used to control components.

Toothed belts are used in tool and machine construction wherever the power transmission of rotating parts has to be stable and free of play. Classic areas of application are, for example, linear drives for printers, robots or packaging machines. However, timing belts are also generally used for positioning systems and servomotors. There it depends on a synchronous transmission of the power.

Timing belts are usually made of polyurethane, nitrile or neoprene. The latter is also called chloroprene in technical jargon. This means a very stable synthetic rubber that is resistant to weathering and embrittlement. Polyurethanes (PUR) are usually plastics that offer the option of being flexibly modified in terms of their properties. The mechanical properties of toothed belts for mechanical engineering and automobiles are usually also optimized. This is done by adding a tension cord made of steel, fiberglass, aramid or polyester. 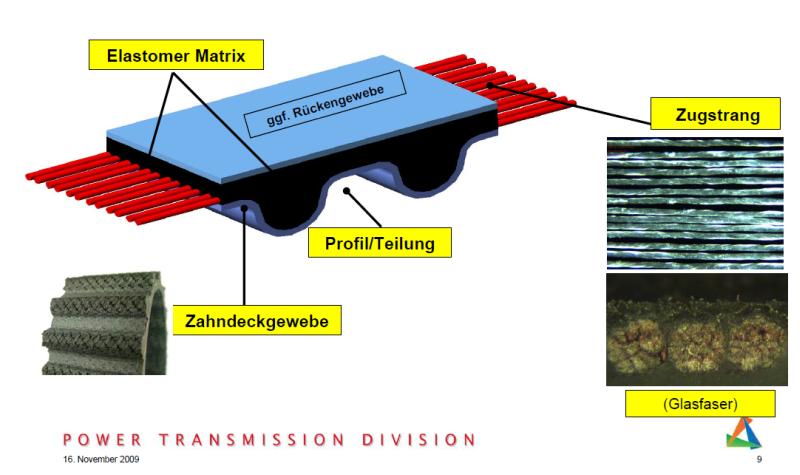 What makes timing belts so special?

One of the most important factors in why timing belts are so important is the combination of the properties of a chain and a flat belt. The toothing enables the belt to run positively into the also toothed pulleys. The advantage of this is that toothed belts can be used to transmit large belt forces. With these, the V-belt or flat belt would simply slip through. Toothed belts can also be used in adjusting drives. Here, the toothing prevents the drive wheel and the driven wheel from rotating with respect to one another. 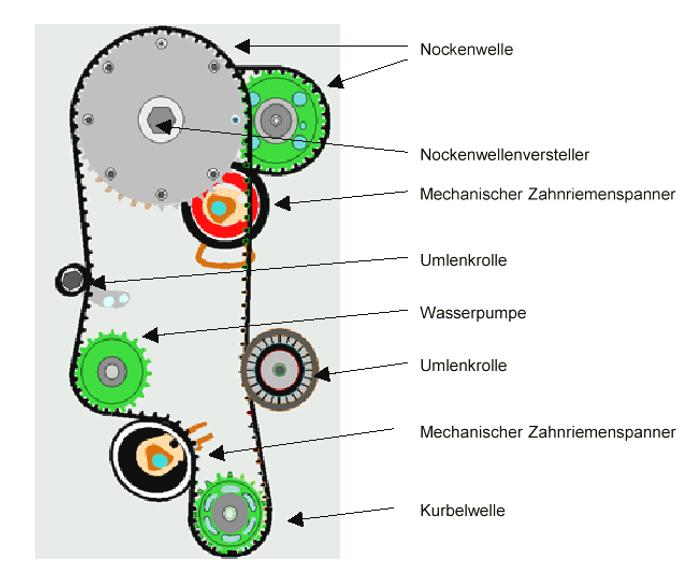 The intake and exhaust camshafts are driven by two toothed belts. - Image: LUK

Nowadays, timing belts are typically used as an alternative to timing chains. They are particularly suitable for driving camshafts in four-stroke engines. In this context, timing belts have some very decisive advantages over timing chains: 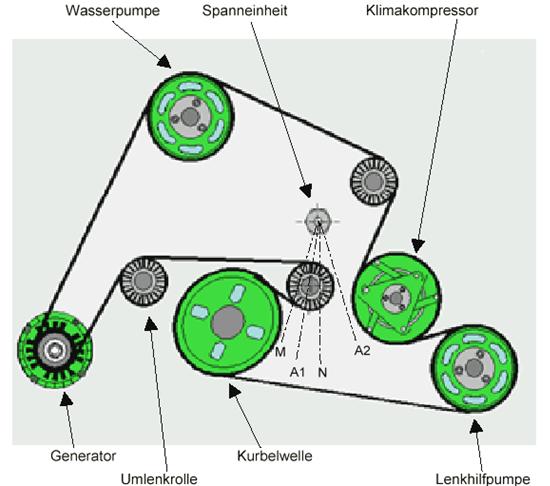 Possible causes of failure in the toothed belt drive

However, modern, highly developed engines work with higher temperatures and also higher speeds. In order to save space in the engine compartment, the diameters of the disks are chosen to be smaller. All of this creates tougher operating conditions, which increases the stress on the belt and its components. Improper assembly, cheap replacement belts, the ingress of water, oil or foreign bodies or exceeding the replacement interval can reduce the service life of the timing belt, as LUK knows.

Changing the timing belt belongs in the hands of a specialist who also has the right technical documentation and tools. If you still want to make the change yourself, you should definitely follow the following instructions from Gates: 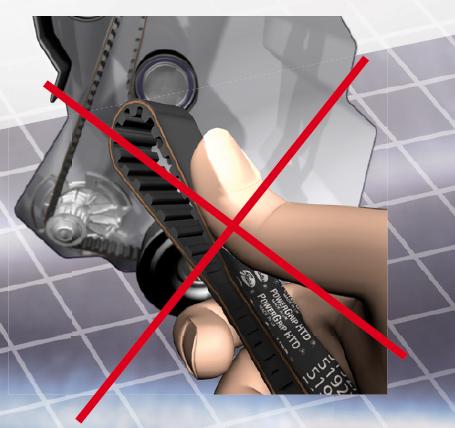 Toothed ribs must not be kinked, bent or twisted too much - Image: Gates

About the assembly of the elastic V-ribbed rim

Also read about the most common engine failures