What can we learn from the spider

Spiders are passionate about carnivores

All spiders in the world eat between 400 and 800 million tons of insects and other small animals each year. Researchers from Switzerland, Sweden and Germany have extrapolated that. A considerable value! Because that's how we put the little animals in our pockets. Because we humans eat around 400 million tons of meat and fish every year, as the scientists write in the journal "The Science of Nature".

Spiders even take on the largest mammals on our planet: whales. They eat between 280 and 500 million tons of fish, octopuses, seals, waterfowl, crabs, algae, plankton and krill every year.

It took many years of research to find out what and how much spiders eat. Martin Nyffeler from the University of Basel, first author of the study, has been working on crawling animals for 40 years.

The latest study is based on two calculation methods. On the one hand, the data already available was used to determine the total spider population (25 million tons) in seven different environments and their food requirements. Then the average prey of the spiders per square meter was calculated on the basis of existing studies. This data then resulted in an estimate of 400 to 800 million tons of insects per year. The large fluctuation is due to the different ecosystems in which the prey catch of the animals can vary greatly - for example in the desert, forest, meadow or tropics. "If the predictions are based on data sets, you have to take this deviation into account," says Martin Nyffeler.

In total there are more than 45,000 species and population densities of up to 1,000 individuals per square meter. This makes the spiders one of the most species-rich and widespread predatory animal species. However, we often miss them because many are nocturnal or simply camouflage themselves well in the vegetation. Many people may prefer that too.

Nevertheless, this result shows the researchers for the first time what great ecological importance animals have as insectivores.

"Our calculations make it possible for the first time to globally quantify that spiders are important natural enemies of insects. Together with the other insect-eaters - such as ants and birds - they help to significantly reduce the population density of insects," says Martin Nyffeler. "Spiders make a significant contribution to maintaining the ecological balance of nature."

This is particularly noticeable in forests and grasslands: here spiders kill far more insects than in other habitats. Numerous forest and grassland pests fall victim to them here. 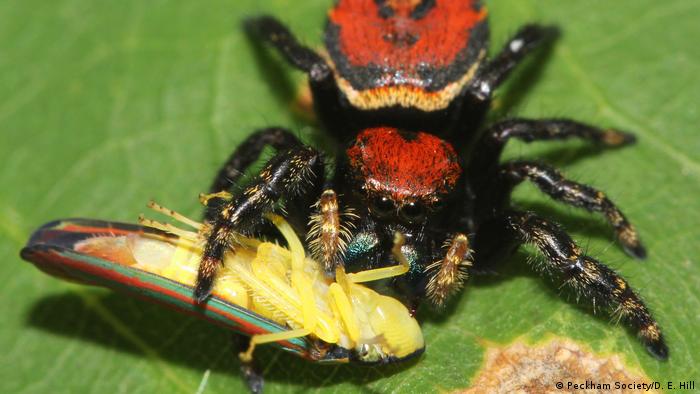 Contrary to the researchers' expectations, however, it was also found that spiders are not a notable enemy of plant pests. This can be explained by the fact that the intensively managed cultural fields represent "disturbed systems". The unfavorable living conditions are not particularly attractive for the spiders. Even in desert areas or the arctic tundra, the insect dispersal rate of the spiders is low.

So - what do we learn from this? We should pay a little more respect to the next spider we meet. On the one hand, because they and their buddies may be in the majority, on the other hand, because they all play an important role in the forest and meadow.