What are models of subjective reality 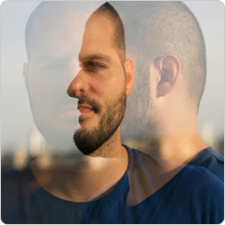 I see something that you don't see ... About the subjectivity of our perception

Every human's brain perceives its environment individually. What reality looks like is not determined by the sense organs, but by the mind, which is shaped by assumptions as well as by desires and feelings. In this subjectivity lies a secret of our freedom. However, our perception is not completely arbitrary - and it can be shared with others.

I see something that you don't see, and that's ... the same thing you see, just interpreted differently! This is how it can be briefly summarized how it happens that two physically unrestricted people recognize two different structures in a tilted image, for example. Or that two politicians refer to the same empirical data and draw completely contrary conclusions for their future work. How we perceive our environment depends in a complex way on our conscious and unconscious assumptions, with the help of which our brain permanently filters our sensory impressions.

Psychology has long since abandoned the idea of ​​the five human senses. Firstly, we always involuntarily register our surroundings with several sensory organs at the same time and - secondly - only perceive them in the form of the interpretation with which our brain selects and organizes the impressions. The eyes, ears, nose, mouth and skin, as so-called receptors, provide a wealth of stimuli (or: inputs) that are passed on via the nerve tracts. In the brain, for example, an image that our eyes have made of an object is first turned upside down: the retina stands like a lens between the optical stimulus and the nerve and rotates everything that happens through 180 degrees. We would see the world upside down and our brain would not correct this apparently wrong impression habitually and so quickly that we would not notice it.

Functional interpretation of the environment

However, our powerful brain would also be overwhelmed by the enormous number of sensory stimuli around us if it allowed them all to penetrate our consciousness. A one-to-one image of reality cannot and should not make it possible. Rather, it constructs structures in the available data that it already knows and needs based on our previous experience and for the purpose of satisfying elementary needs. An example of this functional interpretation: When we see a large animal, such as a tiger, that is a potential danger for us, creeping past trees at roughly the same speed at some distance, our brain not only “knows” that the tiger is still is there, even if it temporarily "disappears" behind a tree. It also expects to see him come out from behind the tree after a time calculated involuntarily based on his speed.

Optical illusions and the work of the brain while reading

Many works of art that seduce us into optical illusions also prove that our mind works functionally rather than strictly analytically. How much we ignore of our sensory impressions is also shown by the fact that we can also read a Txet also without the Plmeorbe, wgitesnnes the etrse and the lzette Btubhsace each word meaning timemembsterinn: Our experiences with the millions of sentences that we already have in our life have heard suggests how a sentence, once started, continues; we unintentionally and unnoticed while reading it draft it in advance, as if we were its creator.

Two forms of subjective perception are so important that psychology has specifically named them. If implicit memory contents have been activated by a stimulus, they influence our immediately following perception. An example of this so-called priming: A loaf of bread that is only shown very briefly to a test person is twice as likely to be correctly identified as such if a picture of a kitchen was shown beforehand. Framing, on the other hand, means the effect that the way in which a message is clad has a decisive influence on the recipient: smokers are more likely to dissuade them from their vices with warnings on cigarette packets, whereas non-smokers are better off showing the advantages of a smoke-free life.

Some time ago, a picture of a dress popped up on the Internet, causing heated discussions. The reason was simple, but the answer was more complicated [...] »
Selective perception

Reality is selected in and by our brain in such a way according to (for example socialization-related) previous experiences, wishes, feelings and the respective situation that even decisive things can be faded out. Psychology speaks here of selective perception. The American psychologist Daniel Simons has produced a short, now world-famous video and tried it out on test subjects in which the phenomenon is demonstrated using a simple example. In the first of the two, two small groups of students, identifiable by two different t-shirt colors, match each other with a basketball, and before viewing one is asked to count the passes of one of the two teams. About half of the people watching overlook the fact that in the middle of the film a completely surprising person in a gorilla costume walks through the picture. Simons later expanded this test (see YouTube). The effect is due to the fact that one has to concentrate on the ball passages in such a way that one's attention for other possible observations is massively reduced.

How we perceive our environment depends very much on who we are and what we focus on. As subjects, we construct reality as we experience it in our head. By exchanging our perceptions with other people (intersubjective understanding), we approach the totality of possible perspectives under which one and the same situation can be perceived. Our perspective always remains a specifically human one: unlike bees, for example, we cannot perceive UV light any more than we lack the gift, such as spiders to feel rain before even a cloud can be seen in the sky. The fact that other people perceive the same object differently establishes our individuality - and with it our freedom from the compulsion to think uniformly. I see something that you don't see - and that's a good thing!
<?