What materials could we use in space?

Space explorer: "The earth is the most unsuitable place for raw material extraction"

Hakan Kayal is professor for space technology at the University of Würzburg. He believes: a new race to the moon has long been underway. He sees a great opportunity in one aspect in particular. 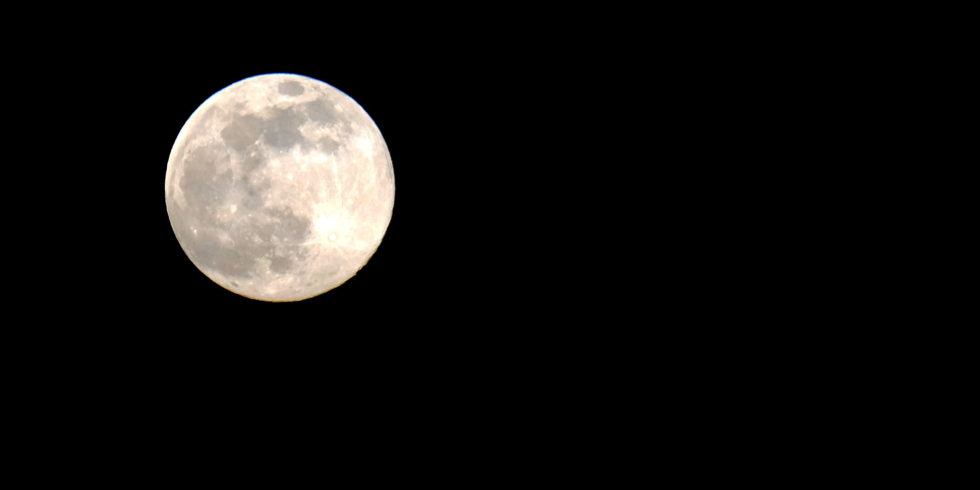 The moon is again the target of a race. This time, private companies like SpaceX are also involved.

INGENIEUR.de: Will there be a new race to the moon?

Hakan Kayal: There is already a race to the moon in progress. The only question that comes up to me is not whether, but just how fast it will go. Economic, political or other events of global importance, such as the Corona crisis, can of course have a more or less strong influence on them. But in the long term, for me the development of the moon and later other celestial bodies such as Mars is simply the result of a natural development. The use of space including the moon and Mars as new living space are only the next logical steps.

Who is involved in the race?

As part of the Artemis program, NASA has set itself the goal of landing on the moon in 2024. A small space station, the Lunar Gateway, will support travel to the moon and back. The first modules are to be set up in the mid-2020s. Commercial space companies such as SpaceX are supposed to help and receive orders for important elements such as launchers or space capsules.

Also read: An interview with astronaut Ulrich Walter. “Starlink is a milestone like the Internet

With the successful landing of Chang’e 4 on the back of the moon, China has underscored its ambitions for the moon. Further missions to the moon will pave the way to a permanent base in the coming years. China is also researching ways on the moon to construct buildings using local materials, such as 3D printing technologies.

Even Russia will certainly not just watch for long as others gradually open up the moon. The first space travelers are expected to land on the moon by 2030.

Is it more of a political prestige project like in the 1960s, do economic interests now play a bigger role?

The economy lives not only from production, trade and services that we are used to in everyday life. Technological developments and innovative ideas of all kinds create completely new areas that either simply did not exist before or that were at least thought to be unimaginable. It is often the case that initially a few, perhaps daring pioneers, for completely different reasons than economic reasons, paved the way for later, large markets and often did not think about the economic potential. There are examples of this in many areas: the discovery of America, for example, or the development of airplanes. It is important to recognize that once you have created substantial, sustainable opportunities to travel and stay on the moon, not only scientific but also economic activities will soon follow. This will certainly not be limited to the extraction of possible raw materials, but will expand to the production of goods and tourism. 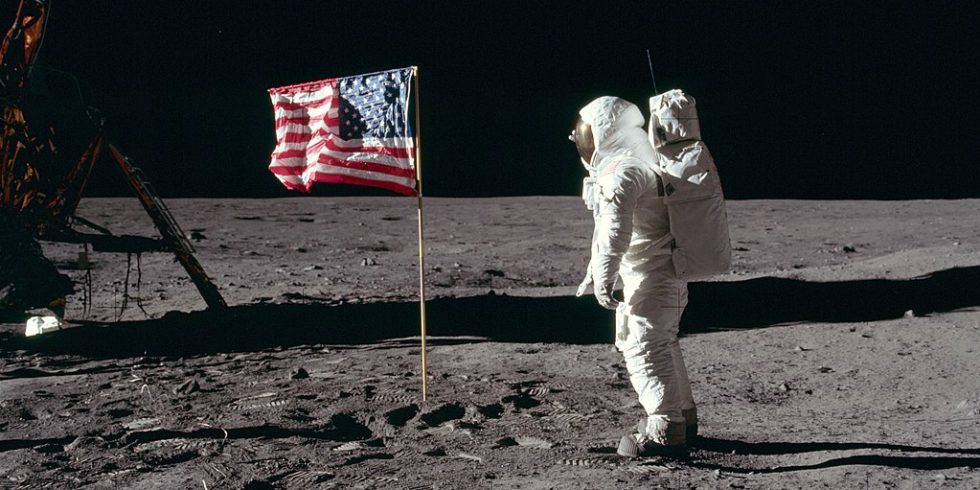 The height of the manned moon flights: Buzz Aldrin stands in front of the American flag on the earth's satellite.

Which raw materials can even be mined there?

There are some raw materials that could be directly usable, although of course the economy must be given, which can take even longer. These include materials such as titanium, aluminum, various precious metals or possibly also helium-3. But I think, in view of the diverse potential uses, one should not reduce the importance of the race to the moon to the extraction of possible raw materials, but rather think long-term. Basically, the earth is the most unsuitable place imaginable for the mining of raw materials and the production of materials that require large amounts of energy and release many substances that are toxic to the environment.

Also Read: How To Watch Starlink Satellites In The Sky

To put it in a somewhat exaggerated way, it is as if you were breaking down more and more substances in your own living room, producing goods and consciously accepting the harmful side effects. The mining and production of at least some materials or goods, the production of which on earth are harmful to the environment, could well be relocated to the moon or to suitable asteroids and thus protect the environment on earth. Of course, many materials that are available on the moon can also be used for the construction and operation of systems and apartment blocks directly on the moon and would not have to be laboriously brought there from the earth. In this context, Esa speaks of a "Moon Village".

What conflicts or what opportunities can arise from new space programs?

When affordable moon flights come within reach, I can imagine growing tourism, among other things. Initially, this will most certainly not be affordable for most. But just think of the rapid price development for computers, cell phones, cruise ships or aviation from the beginning until today. Then you will find that many things seemed simply impossible at the beginning and that such doubts are only passed on as anecdotes today.

Unfortunately, there is certainly also potential for conflict, just like on earth, when resources become scarcer and new areas are to be opened up. I can only hope that the resulting future conflicts in space can be resolved better than they are on Earth today. Increased international cooperation could make an important contribution to this, which, due to the enormous costs, is often the only way to realize ambitious plans in space travel. In this respect, such elaborate plans towards the moon can also make a valuable contribution to world peace.

How is it to be assessed that private companies like SpaceX are increasingly striving into space?

In research it is often the case that high-risk projects are only financed by institutions that do not require any direct economic benefit. In basic research, for example, new discoveries or findings sometimes result in economically viable benefits or not until much later. It's similar in space travel.

Today it has developed into a large, competitive market that benefits all of us on earth in everyday life. It can be assumed that the share of private companies in space activities will continue to increase in the future. The topic is discussed a lot today under the term “New Space”. Even if significant government support appears to be necessary today, and some companies will not be able to move forward without this support, private companies with space activities will increasingly be able to sustain themselves in the long term.

That this is intended in principle can be seen from the fact that some states are preparing the legal basis for it. The so-called Outer Space Treaty of 1967, which regulates the principles for regulating the activities of states in the exploration and use of outer space, including the moon and other celestial bodies, is no longer sufficient for today's emerging developments in the economic use of space and the moon. Therefore, efforts are being made worldwide to create new, more detailed regulations that are intended to take current requirements into account.

What could the moon look like in ten or 20 years?

There will be a gradual development. In ten years we will certainly be able to see the first steps towards a return to the moon. People will step on the moon again during this time. More and more research missions will land on the moon and, in contrast to previous missions, will slowly prepare the subsequent steps for permanent settlement. This includes, for example, investigations, tests and experiments on how substances can be extracted for life on the moon. In the professional world one speaks of "In Situ Resource Utilization (ISRU)". The extraction of water and oxygen from the regolith, the construction of settlements, the production of fuel, the generation of energy and also the cultivation of plants are just some of the key issues that have to be gradually developed, tested and used on the moon. The experiences that are made on the moon can certainly in part also be useful for settlements on Mars. In addition, traveling to Mars from the moon can be cheaper than directly from Earth, if, for example, one could build some structures for an Earth-Mars shuttle ship directly on the moon and mount them in its orbit.

At the University of Würzburg, students in my course "Planetary Bases and Orbital Stations" have had the opportunity to take part in semester projects to design bases on the moon and on Mars for several years. This resulted in complete studies on the subject of "Moon base 2030" or "Mars base 2030". In addition, we operate a research telescope that can automatically detect brief light phenomena on the moon, so-called “Transient Lunar Phenomena”. The software is currently being further developed as part of master's theses. We have also been operating a nanosatellite in Earth orbit since July 2019, which is used to test new technologies to increase autonomy. Greater autonomy is one of the key technologies for the future construction and operation of systems on the Moon and Mars. The students are thus well prepared for the upcoming interdisciplinary challenges in their professional life after their studies and could one day be involved in the colonization of the moon and Mars.